Is AI the end of content creation as we know it? 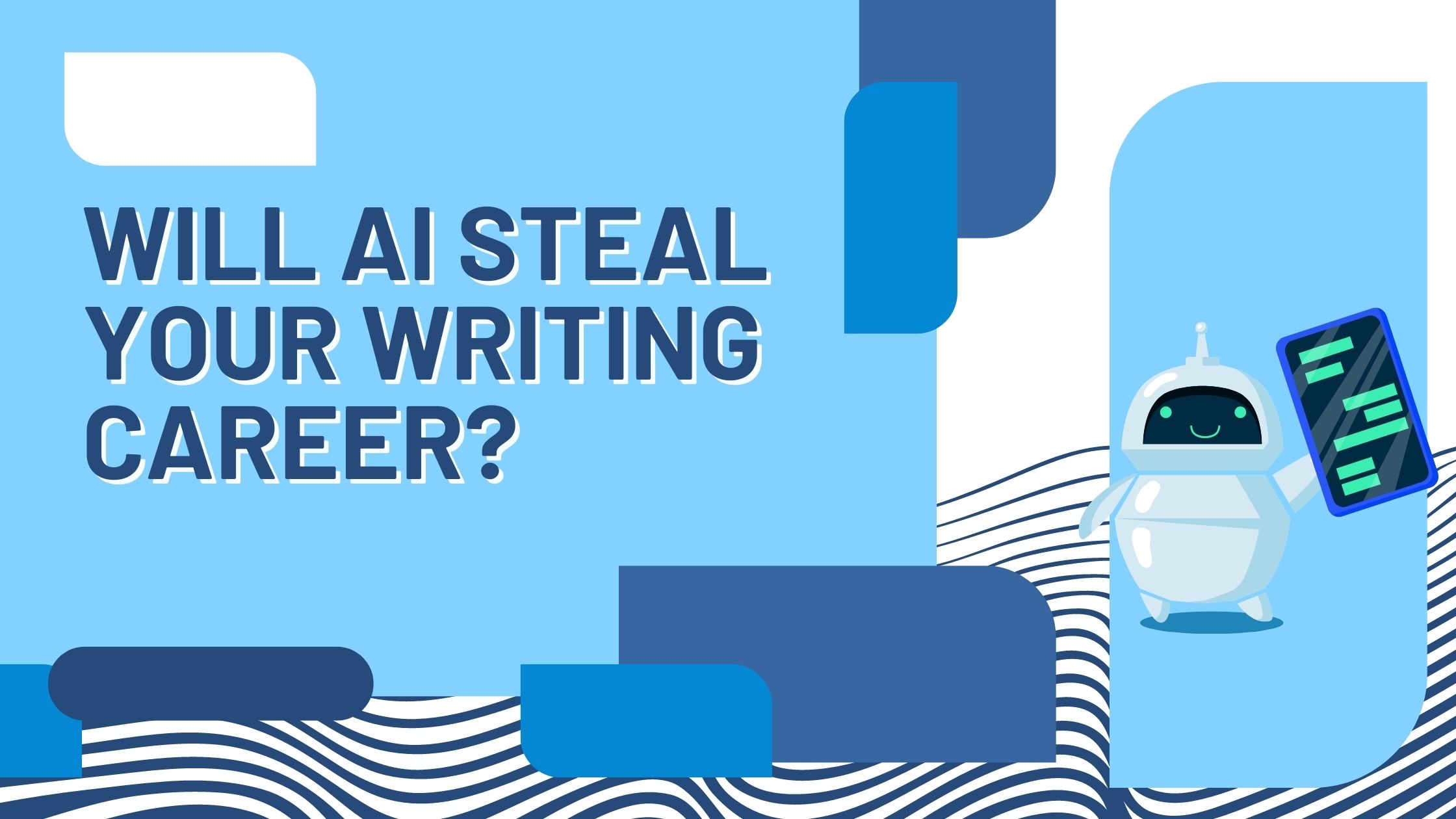 Is AI the end of content creation as we know it?

Just ask the machines and see what they say.

I created the following prompt in an AI content creator to see what artificial intelligence has to say about the problem.

Here is the AI content generated from that prompt. 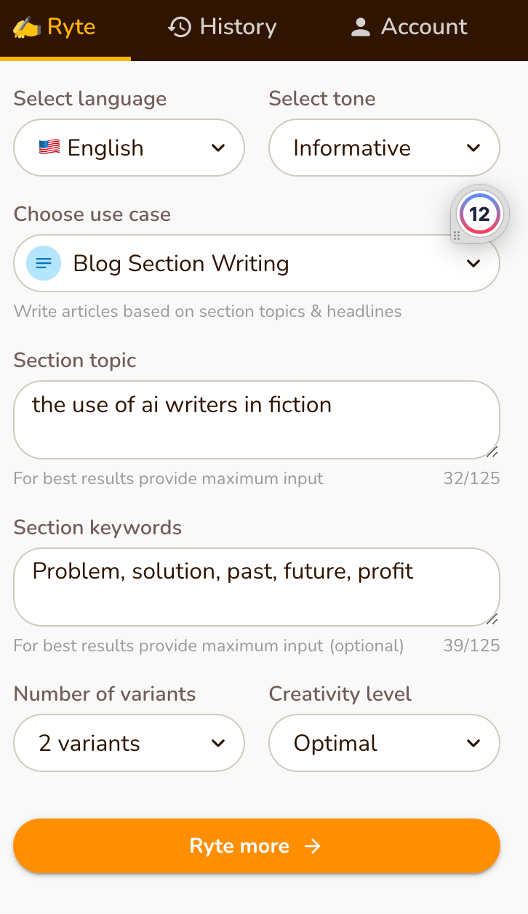 AI writers are now being used to write fiction.

Using AI writers in fiction has become a problem for the publishing industry. Authors have been losing their jobs to these AI writers, and there is no reliable way to stop them.

There are many solutions that have been proposed in order to solve this problem. One of them is that publishers should be more selective with what they publish to maintain their profit margins. Another solution is for authors to create better content so that AI writers don’t want to write about it.

The use of AI writers in fiction is a topic that is often discussed. The main problem with the current AI writers is that they can’t fully understand what the author wants to convey. This leads to many errors in the text and a great loss of profit for the company.

This problem should be solved in the future by giving AI writers more creative freedom. This will allow them to create better content and, therefore, more profit for the company.

The problem with using AI writers in fiction is that they are not as good at writing as humans are, which means that their stories will not be as good. The solution to this problem is for companies to create AI writers who can write stories with quality on par with human writers. The past and future may show us some insight into what may happen if we do not find a solution to this problem. In the past, companies would hire human copywriters who would write content based on what they thought readers wanted, which resulted in…

You likely came away from those samples no smarter and without a solution.

And those answers show the problem.

Machines can’t be creative. They can only mimic past creativity and reorganize it in new ways.

So, if the content you create is just the same story with different drapes, then the machines will take your job. It wasn’t likely you would ever be able to compete because you’re already in a market where there is endless content being created.

Let’s break this down to understand how the unknown may make some anxious in the industry but could significantly help those feeling threatened.

see it as a threat.

Don’t get me wrong; these forces can have a massive impact.

Nantucket was once the world leader in whale oil production, Detroit the epicenter of car manufacturing, and Durham the source of cigarettes.

All are still around; some are bigger and better than they were in that bygone era but doing something different.

But back in the day, those with a stake in how things were didn’t want to change.

When people react out of fear, they focus on what is at stake and all they can lose, not how the tool can create value.

Many Narrators are rebelling against the innovation in text to voice.

They worry that they could one day be replaced by a machine. Many will because they haven’t established a value beyond the cost-benefit analysis of an author weighing if they use AI or pay a human.

But narrators who establish value and build a following will be sought after because they help authors sell more audiobooks.

For them, Artificial Intelligence will become a powerful tool. A text-to-speech program trained on an author’s voice increases production and preserves their voice, giving them a longer career with more show within that career. That text-to-speech taught AI could be valuable to the estate of a deceased narrator.

Imagine a different production method where the narrator runs it through the first pass in a text to voice, then goes back in to fix the mispronounced words and punch up spotty dialog or tone.

Will AI-generated books make authors a thing of the past?

The creator market already has a supply-demand issue. The market already has unlimited content. In the time I’ve been around the industry, the number of titles has doubled. I expect it to continue at this pace even without adding AI tools.

But rather than worrying about Chinese book bot farms churning out books written by machine learning, you begin to use these tools for inspiration and output improvement.

I saw this video at the David Bowie exhibit. Most of the exhibition was his costumes from all the various eras, but there was a video playing and a case with some computer output that he used to inspire lyrics.

In 1997 Bowie began using a text generator to be his muse. Watch the video and see his process.

Here is another idea for using the AI21 tool for generating writing prompts.

I started with log lines from famous movies. The ones in bold were the samples. Then I ran the machine learning, and it created its prompts.

The ones not in bold were generated by artificial intelligence.

The aging patriarch of an organized crime dynasty transfers control of his clandestine empire to his reluctant son.

A seventeen-year-old aristocrat falls in love with a kind but poor artist aboard the luxurious, ill-fated R.M.S. Titanic.
—
Sinister characters converge around a young man devoted to protecting those he loves in a postwar town teeming with corruption and brutality.
—
After a bachelor party in Las Vegas, three friends with no memory of the previous night wake up to find the bachelor missing, seeking to find their friend before his wedding.

On a long-awaited trip to Europe, a New York City cop, and his hairdresser wife scramble to solve an unexpected murder aboard a billionaire’s yacht.

Seventeen-year-old Abe Carver, who in 1955 was a promising student and star athlete, is haunted by a traumatic event from his childhood.
—
A tormented young woman and her brother live with their widowed mother during World War II.
—
A small-town cop is contacted by his estranged son to help find a young woman, desperate to escape her abusive boyfriend, who leaves with a stranger she meets at a gas station.
—
A young man is terrorized by a criminal genius who forces him to perform terrifying tasks. A female airline pilot with a bright future is forced to rob a bank.
—
A disgraced Chicago cop travels back in time to 1969 to solve the murder of a beloved civil rights leader, despite warnings from the future that he will fail.
—
A determined and hardened 18-year-old bank robber, who at 16 became the youngest inmate in federal prison history, struggles with his violent past as he returns to society.
—
A female police officer moves from the suburbs to the city and struggles to solve the murder of a young drug dealer.
—
A bullied teenager becomes obsessed with a sociopathic serial killer. A teenager learns that her little sister was brutally murdered and struggles to solve the case.
—
A high school baseball player tries to exonerate himself after being accused of murdering his girlfriend.

A shy waitress finds her courage and the future she’s always dreamed of after falling in love with the charming owner of an upscale restaurant. A small-town cop is contacted by his estranged son to help find a young woman.

You can see how this may be used to inspire you to write something new.

Let’s imagine a different scenario in the future where you take the time to teach an artificial intelligence tool your writing recipe. It understands the plot points, voice, genre, and other characteristics of your writing style.

When you get that Idea that pops into your head while working on your existing project, you punch it into the AI and let it go.

Now you can revisit that project later and see what it’s come up with. Maybe you find something inspiring. Perhaps sixty percent of it is junk. Either way, you become more productive while remaining true to your creative process.

Remember my early prompts about AI writers, and the solution the AI came up with was to write better content.

This is true to some extent, but it also misses the solution. It doesn’t understand that the actual issue for authors isn’t on the supply side. There will always be an oversupply of below-average books.

The market is pretty good at sorting through the garbage. The real battle is winning over the limited demand.

In a world of infinite content generation, it boils down to earning attention and trust.

You provide great experiences and content that change people’s lives. They will keep coming back. Prove that you deliver a consistent experience, and readers will reread your books rather than find a new author.