I’ve talked a lot about the conditions of the sea.

Maybe it’s a stretch for you to think of your cozy or cluttered writing space as a seagoing vessel but, you’re the captain of this ship, and it’s in the open water regardless if you charted a course or not.

We all face the ups and downs of the sea, and I’ve declared that they are inevitable and unpredictable.

Then why sail these waters?

If you’re like most authors, it’s to earn a living from your writing.

I’m here to help those who are interested in doing just that.

If you’re doing this for the love of writing or as a hobby, that’s great, but then you don’t need to be reading my emails—just write.

Most authors, even those who won’t readily admit it, want fame and fortune. They want the accolades of returning from a voyage like Jacob Van Neck.

Come on, you know it’s true!

Why did these early explorers take such risk?

Didn’t they know how hard it was to navigate the world? The dangers of a crew getting scurvy or mutinying if the winds were lost?

Didn’t they know how poor the tools they were using were?

The problem is perspective.

He had a different perspective.

In 1598, when Jacob Van Neck’s fleet sighted the Spice Islands, it was 106 years after Columbus landed in the Americas and 79 years after the globe’s circumnavigation. All done without the ability to navigate longitude — all through dead reckoning.

When the Magellan–Elcano expedition set out to travel west for a shorter route to the east, they did it with the best tools at the time (1519).

Van Neck and Magellan were entrepreneurial. It compelled them to adventure and to seek fame and fortune!

When Magellan’s fleet of five ships and 270 men set sail, he had already pitched his idea to Portugal’s King, who rejected him.

That didn’t stop him…

He then went to King Charles of Spain, Portugal’s trade rival, and pitched circumnavigation. He was a sailor and knew fame and fortune were at the end of a voyage. He just needed an investor to back his venture.

Magellan did what he could to reduce risk. He used maps made by the best Venetian cartographers, updated with the latest data, including America’s location.

Besides going into uncharted territories, an error occurred 1400 years before Magellan started his voyage. A fundamental premise that all sailors accepted, which was flawed.

His maps were based on Ptolemy’s calculations of the circumference of the Earth.

The ancient Greek astronomer had underestimated the circumference by over 15%, and all existing maps overestimated Asia’s size.

Those miscalculations left little room for the yet-to-be-discovered Pacific Ocean.

Magellan was confident that the waters he would cross would be 130 degrees, but the ocean was 230 degrees, a third of the globe.

Magellan never saw Europe again. He was killed in the Philippines, and Juan Sebastian Elcano carried on the mission.

How fortunes change. A year before Magellan’s death, Elcano had taken part in a mutiny against the explorer. Elcano was demoted from chief navigator and sentenced to six months of hard labor in chains aboard the ship for his role in the mutiny. But after Magellan’s death, Elcano again found himself chief navigator of the adventure. By this time his only goal was getting home.

When Elcano finally reached his port of call in Spain three years and 43,000 miles later, he was down to one ship and 18 men.

Mission accomplished, but at what cost?

Two hundred fifty-three years after Magellan, on James Cook’s second voyage (1772), He travelled with a copy of John Harrison’s H4 marine chronometer. The device allowed him to calculate his longitudinal location. It was like going to sea with a supercomputer that permitted complex navigation routes and eliminated dead reckoning.

Cook was tasked with the circumnavigation of the globe at an extreme southern latitude hoping to discover Antarctica—a journey only possible with an accurate clock. Ice flows thwarted its discovery until the 1800s.

In 1969, 172 years after Cook tried to find Antarctica, a crew of Americans landed on the moon. They did it with the help of the most sophisticated compact navigation computer invented. 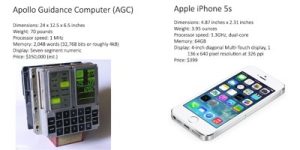 Now you read this email on a device that likely has global positioning built into it and fits in your hand.

A ubiquitous tool we take for granted, only 249 years after it was nearly impossible to have a clock remain accurate on a ship, you have a device with more computing power than what was used to land on the moon. Yet, navigating your business isn’t any easier.

You may feel like Elcano in the middle of an uncharted ocean just looking to get home.

Publishing and, for that matter, small business operations are a lot like early naval navigation. We may never have a “business” GPS, but why should you expect to hit your port of call if you won’t even use rudimentary navigation tools to get to a goal?

We will, from time to time, be thrown off course and should be competent with the proper tools to stay on or correct our course.

When it comes to your voyage, how are you going about navigation?

I believe in some essential tools that you should adopt in your business. If you’re not using them, then it would be wise to adopt them this year.

A map is a model—a way of getting you to understand where you are in relation to where you want to go.

Knowing where you are now and where you want to go is the basics of navigation. A simple business plan is your course plotted on a map. What you plan to do to meet the investor’s needs and provide your customers with delight.

Keep it simple and don’t get lost in the process of map-making. It’s just an approximation, a written intention

Revenues minus expenses equal a profit or a loss. If you run your business on a cash basis, then it is essentially a cash-flow statement as you are accounting for income and expenses when they occur (this is how authors should run their business).

These tools give you the best approximation of where you are on your business journey, where your ship is on the way to its destination, and—when or if you get off course—how to correct that course given where you find yourself.

I go into detail about these tools in Treat Your Writing Like a Business. If you have a copy, refresh yourself with Chapter 20: Running the Business and use the templates I provide.

In next week’s email we will discuss the biggest wave you face as an author.